To share your memory on the wall of Ricky Sanders, sign in using one of the following options:

Provide comfort for the family of Ricky Sanders with a meaningful gesture of sympathy.

Provide comfort for the family by sending flowers

We encourage you to share your most beloved memories of Ricky here, so that the family and other loved ones can always see it. You can upload cherished photographs, or share your favorite stories, and can even comment on those shared by others.

Posted Dec 21, 2018 at 08:47am
I am very sorry for your loss and would to express my sympathy to the family. God promises us at Revelation 21:4 that soon, “death will be no more.” God hates death and views it as enemy, which is why he yearns to bring back those who are in his memory (Job 14:14, 15). Knowing how God feels about the matter truly warms our hearts, because he not only understands our grief, but the promise of a resurrection means an end to it! May these future blessings comfort and uplift you all during this difficult time.
Comment Share
Share via: 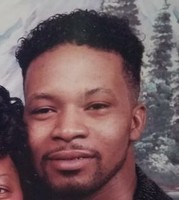