To share your memory on the wall of Jerry Huntley, sign in using one of the following options:

There may be a delay while processing. Please do not click the back button or refresh while a payment is processing.

Your donation has been processed successfully

She is preceded in death by her brother Mr. Larry Huntley and her sister Mrs. Doris Coleman.

The Funeral Service for Mrs. Jerry Huntley will be Saturday, January 26, 2019, 11:00 am at CLAY FUNERAL HOME, Forrest City, AR. Interment will be in Casteel Cemetery, Forrest City, Arkansas.

To send flowers to the family or plant a tree in memory of Jerry Lynn Huntley, please visit our Heartfelt Sympathies Store.

Provide comfort for the family with a meaningful gesture of sympathy.

We encourage you to share your most beloved memories of Jerry here, so that the family and other loved ones can always see it. You can upload cherished photographs, or share your favorite stories, and can even comment on those shared by others.

Posted Jan 26, 2019 at 02:25pm
We express our heartfelt sympathies and condolences on the loss of your sister. May your heart find peace and comfort in such difficult times. Our thoughts and prayers are with you.

Posted Jan 26, 2019 at 12:32am
To the Huntley Family, from the Driver family, we send our deep sympathy to you all at this time of sorrow. God bless and comfort your hearts at this time we pray. To our brother-in-love, and uncle Tony know we love and praying for you and your family
Comment Share
Share via:
LS

Posted Jan 25, 2019 at 05:56pm
To the Huntley Family you have my dearest condolences and prayers at this time. To my Dear Friend Nakia, always know that with love, prayers, family and friends...You will get through this!
Love You Guys
Comment Share
Share via:
DA

Posted Jan 25, 2019 at 02:14pm
To the Huntley family you have my sincere condolences for the lost of your love one my dear cousin Jerry, words are not enough at a time like this I would like you to know that you are in our thoughts and prayers during this difficult time, God Bless we love you.
Comment Share
Share via:
AS

Posted Jan 24, 2019 at 03:24pm
To the Huntley family I offer my deepest condolences for the loss of your love one! Words cannot express our sorrow. We know when we lose a loved one here on earth; God gains an angel in heaven. My thoughts and prayers are with your family. No one can prepare for a loss but may our Lord bless and comfort you and your family during this time of grief. May her soul now Rest in Peace in the arms of our Lord Jesus Christ.
Comment Share
Share via: 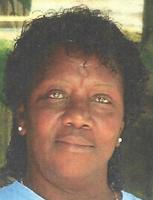