To share your memory on the wall of Amos Burgess, sign in using one of the following options:

There may be a delay while processing. Please do not click the back button or refresh while a payment is processing.

Your donation has been processed successfully

To send flowers to the family or plant a tree in memory of Amos "Dad" Burgess Sr., please visit our Heartfelt Sympathies Store.

Provide comfort for the family with a meaningful gesture of sympathy.

We encourage you to share your most beloved memories of Amos here, so that the family and other loved ones can always see it. You can upload cherished photographs, or share your favorite stories, and can even comment on those shared by others.

Mike and Lisa Barnett sent flowers to the family of Amos "Dad" Burgess Sr.
Show you care by sending flowers

Posted Mar 07, 2019 at 10:21pm
Burgess family, My sympathy to this very special loving family. Your father's spirit will live on through the hearts and minds of his family, which he loved so dearly. He was a unique person, and the many lives he touched in his life time will never be forgotten. Celebrate this wonderful life that " DAD" your father so well lived. What a blessing for all the years that you were able to share with him. The many holidays, birthdays, family reunions, weddings, graduations, birth of a child and last just gathering together to share love for each others. Celebrate what God has given to you for all these years. Praying for your family for peace, comfort, strength, and healing today and the coming days.

Posted Mar 07, 2019 at 12:08pm
I’m very sorry for your loss. May the love of family, friends and Almighty God bring you strength and comfort during your time of grief. (Isaiah 41:10) And may the resurrection promise found at John 5:28, 29 bring hope and peace.
Comment Share
Share via:
MB

Posted Mar 06, 2019 at 05:17pm
Please accept our most heartfelt sympathies for your loss... Our thoughts are with you and your family during this difficult time.

Posted Mar 06, 2019 at 01:31pm
“A word of comfort and of hope, that in your deepest sorrow, you will find new strength and peace of mind and courage for tomorrow.” Please know that you are in our prayers. 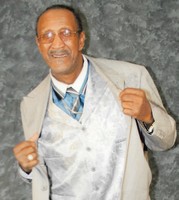