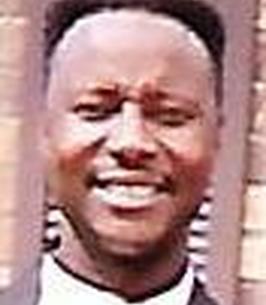 Memorial Candles Lit for Blondell | SEE ALL
Light a Candle
"We are honored to provide this Book of Memories to the family."
— Clay Funeral Home
Funeral Details Memory Wall Photos & Videos Send Flowers

The Funeral Service for Mr. Blondell Rucker will be at 2:00pm on Saturday, September 29, 2018, at Riverside MBC, Widener, AR. Interment will be in Casteel Cemetery, Forrest City, Arkansas.

Online condolences may be made to the family at www.clayfuneralhomeinc.com.

To send flowers to the family of Blondell Rucker, please visit our Heartfelt Sympathies Store.

We encourage you to share any memorable photos or stories about Blondell. All tributes placed on and purchased through this memorial website will remain on in perpetuity for future generations.

Provide comfort for the family of Blondell Rucker by sending flowers.
Send Flowers

DM
“A word of comfort and of hope, that in your deepest sorrow, you will find new strength and peace of mind and courage for tomorrow.” Please know that you are in our prayers.

Sending condolences to the family of Blondell Rucker on behalf of The Lincoln High School - Maroon & Gold National Alumni Association, Inc. (MGNAAI), Forrest City, Arkansas. Blondell was a member of the FCHS Class of 1975.

Thank you for sharing!

Provide comfort for the family by sending flowers.

Or use your email:

Provide comfort for the family by sending flowers.

Connect with families at their time of loss. By subscribing to email updates, you will receive two daily updates containing all new stories, photos, candle lightings, condolences, and more.