To share your memory on the wall of Edward Norman, sign in using one of the following options:

Provide comfort for the family of Edward Norman with a meaningful gesture of sympathy.

Mr. Norman was born January 19th, 1926 in Plainview AR, to the late Rev. Fay Norman and The late Mrs Bethel Marsh Norman. He was also predeceased in death by his wife, Mrs. Margaret Norman and daughter, Mrs. Paula Handcock.

Survivors are his children Edward, Jr., William, Michael, David and Mary, twelve grandchildren, fourteen great grandchildren and many other relatives and friends.

The Funeral Service for Mr. Edward Norman, Sr. will be 10:00am Saturday, August 17th, at the Forrest City Civic Center ,Forrest City, AR. Interment will be in Casteel Cemetery , Arkansas.

Provide comfort for the family by sending flowers

We encourage you to share your most beloved memories of Edward here, so that the family and other loved ones can always see it. You can upload cherished photographs, or share your favorite stories, and can even comment on those shared by others.

Posted Aug 17, 2019 at 09:23pm
I loved Mr. Norman
I was blessed to get to be a student aide for him one school year. He made it the best school year of my life. He loved unconditionally.
Ginny White Huckaba
Class of 1976
Comment Share
Share via:
CS

My heartfelt condolences to the family. You are in my thoughts and prayers.

Posted Aug 16, 2019 at 12:45am
Norman family, Your father was always so full of life, What a LEGACY, for you to share forever. He will be missed, but not forgotten. Praying for your family. We will continue to keep you all lifted up in prayer.
Comment Share
Share via:
DM

Posted Aug 15, 2019 at 08:54pm
“A word of comfort and of hope, that in your deepest sorrow, you will find new strength and peace of mind and courage for tomorrow.” Please know that you are in our prayers. 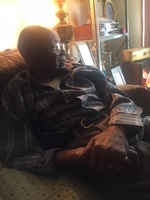 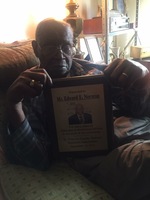 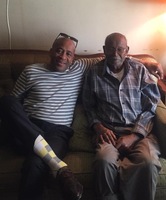